20 Years of Freedom. But what about before? 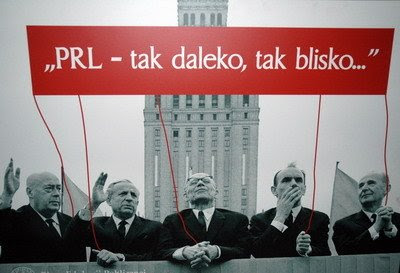 Much was made of the June 4th anniversary of the first free elections in Poland. Rightly so-- it was a historic moment and was a result of compromise and dialogue rather than violence and bloodshed. However, 20 years on, opinion polls show reflect attitudes that might surprise some people..... Taken from 'Przeglad' magazine:

20 years after the fall of the Communist system in Poland, the proportion of Poles who have a good opinion of the PRL (Polish People's Republic)-- 44% is higher than that of those who have a negative opinion-- 43%.
The positive feeling about the PRL continues, despite the billions of zloty spent on propagating a biased historical view of Poland as an occupied state. This one-sided, and therefore untrue, depiction of the PRL has failed to convince the majority of society.
(Poll carried out by CBOS, May 2009)