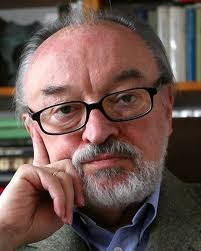 According to reliable polls Vladimir Putin is set to win Russia's presidential election in the first round. By the time you read this he will already have won, much to the dismay of most of the Polish media. Opposition groups in Moscow have said that if Putin dares to win in the first round it will be proof that the vote has been rigged. Massive anti-Putin demonstrations are already planned.

For there to be democracy, there needs to be a government which does not rig elections and there needs to be a society which respects election results as binding. This sometimes makes it hard to decide which side is behaving undemocratically. In many African countries elections often end up with body counts rather than vote counts. It is not unsual for free elections to lead directly to civil war. After Piłsudski's May coup in 1926, Poland did not see free and fair elections until 1989-- all the others, whether under the Sanacja regime or the Communist People's Republic (PRL), were falsified in one way or another.

The French, who are so keen to promote free elections worldwide, have an electoral regulation which means that a party which for years has achieved around 14% of the votes sometimes gets 1 seat in the National Assembly but more often ends up with none. The National Front's presidential candidate has 20% support and 70% of those polled believe she should be allowed to take part in the presidential election. Nonetheless, the establishment have closed ranks and she is unable to collect the 500 signatures of local government officials which are necessary to join the race for president. When Grigory Yavlinsky was barred from taking part in elections on a formality, it was seen as evidence of a lack of democracy. France, on the other hand, is by definition democratic so every aspect of its electoral system is democratic.


As far as the US presidential race is concerned, the campaign costs of a serious candidate are so astronomical that it makes little sense to see the elections as a paradigm of democracy. The USA has a mixed Democratic-Oligarchic system which, according to Aristotle and the Founding Fathers, is better than pure democracy.

Vladimir Putin enjoys such large support that he does not need to falsify election results. The opposition do not recognise this fact and therefore do not recognise the election results. The Russian opposition movement is not the same thing as Russian society but they are the only voices heard in the Western media and they are reacting to the elction results in the African manner-- if we win, the elections are democratic. If we lose, then the elections are fixed. There is one more factor which comes into play: the opposition movement does not have a program or any fixed ideas. Nor does it have a concrete list of demands, which means that the other side do not know how to act in order to reach a compromise. There is only one thing clear about the opposition: they hate Putin. They have tried to adopt a jokey, humorous style of opposition. I do not know if it has convinced anyone. Their jokes are told through gritted teeth. They call Putin a criminal and threaten him with prison should liberty prevail. The slogans they brandish on placards are vulgar and pornographic. When one sees them they do not inspire the hope of a better Russia. Instead they instill a fear of revolution, of an 'unthinking and cruel' Russian revolt, to borrow a phrase from Pushkin.

What I write here will not convince anybody who does not take into account the fundamental instability of Russian society. America's stability is the result of the complete respect of property rights, which guarantee freedom and all the other rights which come with it. In less than a century, Russia has undergone 2 property revolutions. The first was almost, or completely, insane: the nationalisation of everything. Even selling sunflower seeds from a private stall was forbidden. 3 generations were brought up to believe that private property was a violation of Communism's holiest principles. Then suddenly, as if in a dream, everything became private: a band of dubious individuals got thier hands on mines, steelworks, oil deposits, TV companies and radio stations. None of these events were explained to the people. None of them were ever justified. Because of this, property is not seen as a fundamental guarantee of freedom and rights.

In Tsarist Russia, private property did not appear until late on and was completely destroyed before reaching maturity. It could only have become seen as a fundamental right if  it had been justfied by strict adherence to the law, or at least had been seen to be beneficial for society. Instead, private property returned as though by accident. The social order in Russia is uncertain. The imitation of Western democracy has not solved any problems and has sometimes been a recipe for chaos.

Who are these 'democrats' and 'liberals' in Moscow? At the moment we can only judge them by what they say. What do they say? Above all, they want to criminalise their political opponents. They openly admit that if they get into power, Putin will go to prison. For what exactly? For blowing up Moscow apartment blocks, for gassing people in the Dubrovka theatre, for killing children in Beslan and any other crimes which liberal opinion attributes to him. Putin will also face charges of corruption and embezzlement involving billions of roubles. From what I read from time to time in 'Gazeta Wyborcza' (Polish daily newpaper-CK) I get the impression that the hatred Moscow's intelligentsia feel for Putin has driven them to a form of madness. Lilia Shevtsova, who often appears in the Polish media, has said that those who cooperate with Putin are 'oprichnik-dogs' and that Putin himself is the chief 'oprichnik-dog'. If they tell us that the demonstrations in Moscow are 'merry' it is worth remembering some of the  kind of thinking which lies behind the 'merry' exterior.

I am unable to either defend or criticise Putin for the simple reason that I lack the basic informaion necessary to make an informed opinion about his policies. I am in the same boat as most Polish journalists and 'experts' in Eastern affairs in that respect but with one key difference: their ignorance does not stop them from holding strong and unshakeable convictions.

Thank you so much for the information has been given clearly . we strongly agreed with your opinion about it . In addition we are distributors in the field of herbal medicines that treat diseases obatspermakosong.com

we also provide solutions for patients with obat penyakit sperma to overcome the disease obat sperma kental . There was also the way obat sperma encer and to obat sperma kosong . so the things we say and for more details please visit our article below :