POLAND: The End Of The Shale Gas Dream? (A. Dryszel) 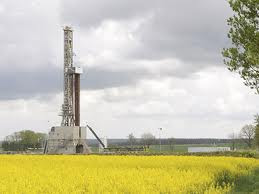 Are our shale gas dreams set to end in disappointment? 21st March sees the publication of a report by the Polish Geological Institute which should give us a more accurate and realistic estimate of our potential shale gas reserves. The report might spell the end for the dream of Poland becoming a shale gas giant. According to estimates published in April 2011 by researchers from the US Department of Energy, Poland might have around 5.3 trillion cubic metres of shale gas. This was an estimate of how much gas could probably be found in our shale rock. It was not based on exploratory drilling but was instead based mainly on analysis of Poland's geological structure. There was no indication of how much gas could actually be extracted using current technology. The more exploration wells are drilled, the more it seems that there is little shale gas to be found.


The sketchy, hypothetical report from 2011 was greeted with great optimism. Most of the media viewed it as a guarantee that not only do we have exploitable deposits, but that we also have enough commercially-viable deposits to ensure our energy independence for the next 300 years. It is important to highlight the role of the media because the surge of optimism was never shared by industry experts-- it was purely a creation of the 'fourth estate'. A good example is the presentation of a report by the firm Deloitte. This report, surely commisioned by the shale gas lobby, claimed that shale gas would lead to a revolution which would change the resource-energy map of the world. These claims are untrue and groundless but at least the report seemed to hedge its bets when it came to Polish shale gas: it said that if Poland really did have as much shale gas as the US Department of Energy estimated, it would have a huge impact on Europe and Russia. Deprived of the Polish market and facing Polish competition, Russia would be forced to lower its gas prices, with all the knock-on effects that would entail.

Our media, however, left out the phrase 'if Poland really did' and replaced 'would' with 'will'. Poland's elbowing aside of Russia from the gas market was portrayed as a foregone conclusion. Our tendency to exaggerate apparent success led us to feel like a shale gas Kuwait. Such was the bullish confidence that anyone who did not agree with the optimistic consensus was dismissed as being an agent of Russian influence, working on behalf of Gazprom.

Off the record, it is said that the PGI report estimates deposits at 2.5-2.6 billion cubic metres at most. Many experts suppose that there might be just over 1 billion cubic metres. This view is shared by professor Krzysztof Szamałek of Warsaw University and Andrzej Szcześniak, energy expert, among others. The figures above refer to deposits which can be extracted using current technology. We still have no idea, however, how much shale gas can be extracted at a cost which would make it commercially-viable

When all is said and done, all of the figures bandied about are educated guesses. Whether or not Poland has shale gas, and whether or not it is worth extracting, can only be answered by drilling a sufficient number of exploration wells. To get a fairly accurate picture of the whole country would require 100-150 wells. To get an idea bordering on certainty would require up to 300. So far, 15 such wells have been drilled. Our shale gas project would appear to be proceeding at the same pace as our motorway construcion project. The result is that PGI report cannot provide a base for any sound measurement of Poland's shale gas deposits. Instead, it will merely give us a vague estimate based on limited data. Environment minister Marcin Korolec has said that it would be unwise to trust any figures in the PGI report as they will almost certinaly be revised at some stage.

For now, we do not know much about Poland's shale gas potential. What we do know, however, is that the technical and economic conditions of shale gas extraction in the USA do not apply to Poland, because they are 2 different geological environments. Our deposits lie deper underground and it will not always be possible to exploit them with a simple vertical drill shaft, as it often is in the USA. Polish conditions will sometimes require the drilling of horizontal shafts at great depth, reaching 2.5km or even up to 4.5km.

Above all else, we do not know if all our shale deposits actually contain gas. We will not find out without drilling. Also, even if all the planned drilling sites in the more than 100 Polish concessions are completed, we still might not get a complete picture. According to the conditions of the concession agreements signed between the Polish government and gas fiirms, the firms have the right to keep exploration results secret for 5 years. If results are good, however, you can bet that the forms will be all too eager to talk.

So far, news of the exploration resluts has been scarce. In February energy giant Exxon expressed disappointment. "The quantity of gas found at our first well in Poland was not enough to warrant a regular commercial extraction operation." 2 other firms have announced that thier wells in Lebieniec and Lębork revealed disappointing quantities of gas. There is some good news, however: a spokesman for Poland's state-run PGNiG has told the press that provisional rsults from the well at Lubocino are more than promising.

After the initial tub-thumping optimism perhaps it is not necessary to go to the other extreme. However, the worst-case scenario-- that Poland does not have any significant amount of exploitable shale gas-- cannot be ruled out.

To find out whether or not shale rock might contain gas, analysis of the rock sample must show up a minimum of 4% organic matter. In wells drilled in Poland over the last 2 decades, the results have ranged from 0.8% to 2.4%. Only in 2 cases was the minimum of 4% met. It is unclear whether these positive results come from one of the recent concessions.


Treasury minister Mikołaj Budzanowski, under pressure from premier Tusk, has said that the extraction of shale gas will commence in 2015. However, the frims carrying out exploration have only 18 wells planned for this year. It is no wonder-- each well costs on average 15 million dollars. At the current rate of exploration, commerical extraction can only begin in 10 years' time at the very earliest. That is, of course, if the exploration reveals anything to extract.

For the time being, it is worth asking whether the gas flare lit by Donald Tusk last year during his pre-election visit to the Lubocino well is fulled by shale gas or the regular variety.

The original Polish article can be read here.

From the archives: Bulgaria Says No To Shale Gas
Posted by Czarny Kot at 23:45

Nice article Thanks for giving me this information
kursi tamu mewah

Here's how to cut your power bill up to 75%: DIY HOME ENERGY.