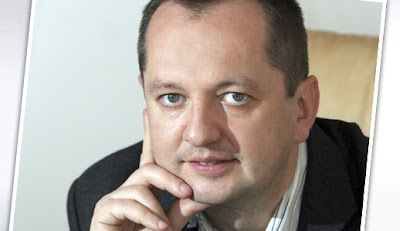 When analysing the current situation in Poland, the experts and pundits ask themselves what the authorities are likely to do—how the premier, president or certain minister will react to circumstances. Occasionally the speculation focuses on the politicians in opposition. However, one thing which is never taken into consideration is how Polish society will react. It is as if society did not exist and that politics was a form of theatre to be played out only in the buildings and offices of the powers that be. Can it be that the citizens have ceased to be an active subject in public life and do no longer have even the slightest influence on the course of events?


Every government tries to impose its will on society. It can do so in a more or less brutal manner. It can do so with careful public consultation, or without any consultation whatsoever. It can do so openly or furtively. Everything depends on the attitude of the citizens—their activeness, their awareness of their own interests and their desire to contribute to political life. For some time now Poland has seen more and more apathy, civic passivity and a general withdrawal from public life. This creates an ideal environment for any government. It can do as it wishes without any risk of public opposition and without the threat of the public holding it to account.

A good example of this state of affairs is a recent survey carried out on the topic of civil society in Lower Silesia (a region in SW Poland, capital Wrocław- CK)  Although the results are for only one region, they could well be an indicator of the nationwide situation.

Over 60% of people in Lower Silesia do not belong to any kind of social organization. The dominant trend is to live inside one’s own private shell. Only 1 in 10 people (9.5%) belong to a trade union. 1.7% of people are involved with human rights organizations. Just less than 5% are involved in environmental organizations. One might be led to believe that Poland is a country where people earn as much as the Swiss, where employment law is obeyed as it is in Sweden, where the civil rights of all are fully respected (no illegal phone-tapping or indefinite detention) and where the water coming out of the taps has the taste and aroma of an Alpine spring.

And how do people react to injustices? Last year 2 % of people in Lower Silesia took part in legal demonstrations whilst 3 % signed petitions or letters of protest. Around half of those surveyed took part in some type of community meeting. Is there any potential for more action in the event that the government implements some new idiocy? 16% of those surveyed declared themselves willing to take part in protests and demonstrations whilst 80% said they would be willing to sign petitions or letters of protest. Perhaps all is not lost? Perhaps all that is missing is organization?

For those who wish to be organisers at grassroots level there is one major stumbling block—in this country nobody trusts anybody. Only 21% of people in the survey (results nationwide are very similar) agreed with the statement, ‘Overall, most people can be trusted.’ The majority (78%) believe that one has to be very cautious in their dealings with other people. Mistrust between individuals is reflected in a lack of trust in institutions. 44% do not trust the courts, 43% do not trust public prosecution service and, just 2 months after the elections, 57% have no faith in either chamber of parliament (the ‘Sejm’ and the Senate- CK)
The government, however, can rely on the help of  the media. As it turns out, people believe in the neutrality of both private and public media (66 and 65% respectively). Seen as less trustworthy is the Catholic media (in this Catholic country!)—58% do not trust it, while only 23% give a positive opinion.

The current state of apathy and disengagement do not mean that people do not still dream of a better world. Those on the political left should take note of the political viewpoints of those questioned in the Lower Silesia survey. In the social / cultural sphere the majority express liberal and secular values. In the economic sphere egalitarianism and collectivism prevail. Today’s privatised world, in which the market and competition rule supreme, is not a world that most people want, despite the 20 or so years of propaganda telling us otherwise. It is necessary, however, to transform these latent beliefs into political action.

It is worth waking up civil society wherever and whenever possible because once it is awoken and organized it can be well nigh unstoppable. Looking at all elections in recent years we can see that more than half of the electorate stayed at home. This does not mean that they are living well, far from it. Even if the Left gained control of half of the ‘Sejm’, without an active extra-parliamentary civil society not much would change. Today, any sign of spontaneous grassroots activism is priceless. A whole network of activism could block the most absurd policies of those in power, including the raising of the retirement age and cuts in social spending. For the time being, a friendly media and a climate of social apathy mean that the government can do almost anything it wants. Nonetheless, the sleeping giant of civil society will awake. It is a question of when, not if.