POLAND: Does VAT Promote A Poor Diet? (B. Tumiłowicz) 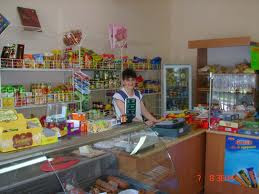 'Tell me what you pay VAT on and I will tell you which lobbyists have your government's ear.' This rule can be easily applied to Polish VAT-- the taxes added to the price of goods and services which are the main source of income for the national budget. It is especially true when it comes to VAT on foodstuffs and beverages. With food and drink there are 3 VAT bands- 5%, 8% and the full 23%. Why certain products enjoy the lower levels of taxation is a question which has caused considerable comment and suspicion because many of these products are ones which a healthy diet could really do without. VAT is 5% on corn chips and 8% on crisps, instant noodles and ketchups which include a high level of chemical substances and even some cancer-causing agents. At the same time, healthy products which are recommended by dieticians, such as mineral water, are taxed at 23%. Where is the logic?

One of the first people to notice this absurd state of affairs was PO (Platforma Obywalteska, Poland's ruling party-CK) MP John Godson (Poland's first black MP-CK)
who submitted a formal interpellation to both the Ministry of Finance and the Ministry of Health. Mr. Godson's knowledge and experience of food products come from his studies-- he is an engineering graduate of Nigeria's Abia State University, specialising in the fields of agriculture and agronomy. He has also worked in the laboratory of the International Institiute for Tropical Agriculture in Ibadan, Nigeria.

The effects of Mr. Godson's interpellation have been so far minimal. The health minister is still working on a reply. The finance minister has promised to take the matter into consideration but Mr. Godson has found out that the Ministry of Finance will not do anything about VAT on foodstuffs.

"I have no more ways to intervene" he explains, "The only thing I could do was to submit an interpellation, the power to legislate lies with the government. I believe that healthy food should have less VAT than unhealthy products and that the current situation is bizarre."

Unfortunately, we all know about the popularity of junk food. There have been attempts to remove fattening crisps and snacks from schools and to encourage children and teenagers to eat more apples and carrots-- both to no avail. The main factor making it difficult to change people's diets, apart from the power of advertising, is the price of junk food.

Jarma Dubiel, president of the 'Wolność i Pokój' (Freedom and Peace-CK) movement which campaigns for human rights and the environment says, "Anything which is healthy and does not increase the number of patients in hospital should be VAT free. It especially makes sense with reference to children. Short-termism prevails amongst politicians, so they cannot grasp this argument, and business beguiles them into setting favourable levels of VAT. Corruption in the decision-making process cannot be ruled out because the current VAT situation is so illogical. Children who eat crisps which contain cancer-causing agents can become addicted and this increases the chances of them requiring treatment in the future. It's high time we face a few home truths about what we eat."

Crisp and snack producers defend low VAT by claiming that their modern production facilities required heavy investment which has still not been repaid. Another entrepreneur from the foodstuffs sector, owner of the Konspol Group (poultry products)and vice-chairman of the Polish Chamber of Commerce, Kazimierz Pazgan is in favour of a uniform level of VAT. "We should use the tried and tested methods of the German tax system" he says, "Of course VAT is vital for the national budget but making decisions on what to produce or not based on the level of VAT for each product is incomprehensible and illogical. In whose interests are these VAT levels manipulated? If I am willing to invest more, the tax return will increase anyway."

Witold Modzelewski, former vice-minister of finance and chief of the Institiute of Tax Studies, disagrees with the idea of a uniform VAT level, however. "A tax should be in some way evaluated by taking its social impact into consideration. Gambling should be taxed more than sausages but unfortunately it is the other way round. As regards VAT on crisps, they should not be given preferential treatment just as alcohol and tobacco are not given preferential treatment. In the case of crisps, the main consumers are children and they are dependent on their parents' financial possibilities. We can expect, therefore, that society will be sympathetic to a rise in VAT on this type of product despite the expectations of the lobbysits of the large corporations and industry groups. It would be good if this matter were to come up for public debate."

A debate we have-- one in which some very different ideas clash. Will the government choose the best solution?

The original Polish article can be read here.
Posted by Czarny Kot at 23:45

Do not compare people who love you with your past. Appreciate he is now trying to make you happy.
http://bit.ly/1GorWFZ

Need To Increase Your ClickBank Traffic And Commissions?